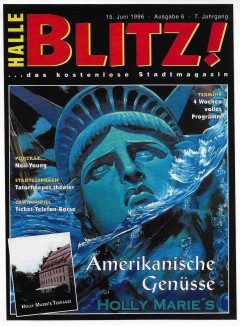 After transferring into the College of Boca Raton’s (now Lynn University) culinary program, Everett Kelsey became a chef’s apprentice at the prestigious Five-Star, Five-Diamond, Boca Raton Hotel and Club, in Boca Raton, Florida. It was there that he trained under Executive Chef Walter Scheib who became the Executive Chef for Presidents Bill Clinton and George W. Bush. Chef Scheib recognized Everett’s culinary talent and recommended him to the Culinary Institute of America which Everett attended from 1987-1989.

In 1989 Everett met Sabina Bussmann, and was married to her from 1991 until 2014. During that period, they moved to her homeland, Germany. After Everett acclimated into the German culture he and his wife found a 200 year old grain storage warehouse on the Saale River, in the city of Halle/Saale founded in 806 AD. In this stone warehouse they designed built and ran, “Holly Marie’s Seafood and Streak Restaurant”, which quickly became one of Halle and Leipzig’s “Top 10” restaurants, ranking Holly Marie’s amongst Germany’s top restaurants, before returning to the US in 1997.