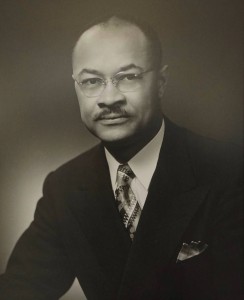 The Rev. Dr. George D. Kelsey, a theologian and educator who was largely responsible for the young Martin Luther King Jr.’s decision to dedicate his life to the ministry, died on April 3 at the King James Care Center in Chatham Township, N.J. He was 85 and a resident of Madison, N.J.

Dr. Kelsey retired in 1976 where he had taught for 25 years. An ordained Baptist minister, he started his teaching career at Morehouse College in Atlanta, where he was appointed a professor of religion and philosophy in 1938.

He was director of the Morehouse School of Religion from 1945 to 1948 when he and King crossed paths. King, a sociology major and a 1948 graduate of Morehouse, had decided to become a doctor or lawyer rather than follow his father to the pulpit.

Dr. Kelsey and Dr. Benjamin Mays, the president of Morehouse at the time, persuaded King to change his mind. King later said that Dr. Kelsey became one of his favorite teachers.

At the peak of his career, Dr. Kelsey was a sought-after speaker at religious and lay meetings, often speaking about race relations and civil rights in America.

Dr. Kelsey was born in Columbus, Ga. He graduated from Morehouse and received a degree in divinity from Andover Newton Theological School and a Ph.D. in philosophy from Yale.