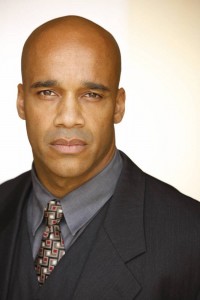 After his father’s death, Everett’s mother, Olive Hardy Kelsey who remained a widow, became the head of the household and chose to remain in New York City with her children, Holly Marie and Everett, rather than move to the suburbs. That decision was the beginning of Everett’s long romance with the city of his birth. Click here to learn more about: Olive H. Kelsey

Everett’s early education in the arts began at the Choir School of Saint Thomas Church located on Fifth Avenue. After the Choir School, he attended the Forman School in Litchfield Connecticut where he was introduced to the stage. During those five years he had the best of both worlds: living in the mountains where he was on varsity soccer, ski, and lacrosse teams during the school year and home to New York City for the holidays.

His summer vacations were always edifying: whitewater and portage canoeing in Canadian state parks, hiking the Appalachian Mountains, cycling in Nova Scotia and Denmark and scuba diving to name a few.

Everett Jr.’s mother, Olive now retired from Global Private Banking Division of Chase Manhattan Bank, holds a Bachelor Degree in Education. She repeatedly told her children, “The world is your oyster, partake of it as you wish.” Holly Marie graduated from Middlebury College, in Middlebury Vermont, with a Bachelor of Arts Degree in French Literature. She spoke French fluently and joined the Bank of Boston as a credit trainee in 1979. However was killed in an automobile accident in 1981 leaving a bank function. Click Here to learn more about: Holly Marie Kelsey

Everett Kelsey, Jr. attended the School of Applied Technology, at the Florida Institute of Technology, where he studied Aquaculture and Underwater Technology. It did not take long for him to realize his interest in growing food underwater stimulated a desire to learn to cook as well.

After transferring into the College of Boca Raton’s (now Lynn University) culinary program, he became a chef’s apprentice at the prestigious Five-Star, Five-Diamond, Boca Raton Hotel and Club, in Boca Raton, Florida. It was there that he trained under Executive Chef Walter Scheib who became the Executive Chef for Presidents Bill Clinton and George W. Bush. Chef Scheib recognized Everett’s culinary talent and recommended him to the Culinary Institute of America which Everett attended from 1987-1989.

In 1989 Everett met Sabina Bussmann, and was married to her from 1991 until 2014. During that period, they moved to her homeland, Germany. After Everett acclimated while becoming fluent in German he and his wife found a 200 year old grain storage warehouse on the Saale River, in the city of Halle/Saale founded in 806 AD. In this stone warehouse they designed built and ran, “Holly Marie’s Seafood and Streak Restaurant”, which quickly became one of Halle and Leipzig’s “Top 10” restaurants, ranking Holly Marie’s amongst Germany’s top restaurants, before returning to the US in 1997.

Once back in the US, Everett worked with Chef David Bouley, at the Bouley Bakery, in Tribeca, New York City, before deciding to follow his secret passion for acting and filmmaking and moved with his wife to Los Angeles, California in 2001.

Immediately after arriving in LA, he immersed himself in training at the Howard Fine Acting Studio and the Beverly Hills Playhouse, before landing roles in film and TV and founding, Organic Polyester Productions (OPP) in 2004. Obsessed with story telling, he then wrote and published his novel, Ular Senduk in 2008, and completed his first feature length phycological arthouse thriller, SHI in 2012.

Presently, Everett has his hands full with several feature films in various stages of development, while making steps toward forming a theatre company.